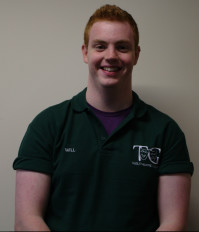 I just can't get enough of theatre, nothing in my opinion is as challenging, fun and gratifying. Come along to workshops and experience all kinds of drama with a group of people with unique and exciting perspectives! "Some scenes you juggle two balls, some scenes you juggle three balls, some scenes you can juggle five balls. The key is always to speak in your own voice. Speak the truth. That's Acting 101. Then you start putting layers on top of that." John Burroughs