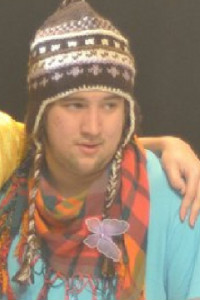 Peter 'Peewee' has been involved in nine shows with Theatre Group.

Showstopper masquerading as a real actor. I think I've been in a few too many TG shows now to still have that as my epithet but I can't think of something witty and concise to go in it's place...