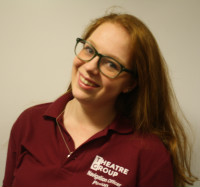 Choreographer, Much Ado About Nothing (2015)