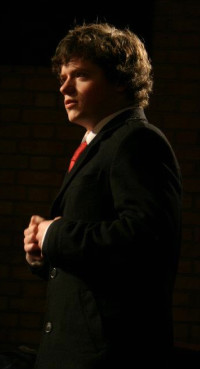 The Count of Coding, the Earl of Ethernet, The Duke of Debugging, The King of Kilobytes. test “Alcohol, taken in sufficient quantities, may produce all the effects of drunkenness.” ― Oscar Wilde

Assistant Director, The Importance of Being Earnest (2014)

Show Liaison, Keeping Down With The Joneses (2013)