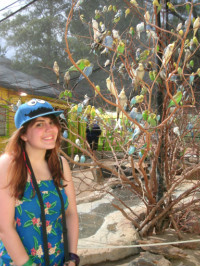 Lydia loved her time as part of SUSU Theatre Group. It gave her an opportunity to begin researching and developing her company 'Shakespeare in a Week' for which she will be forever grateful!

Publicity, The Spectacular Tales of Grinburrell (2011)